This is an occasional bug we have run into where the downloaded MetaHuman character assets are missing the common skeletal mesh required by the plugin '/MetaHumans/Common/Female/Medium/NormalWeight/Body/f_med_nrw_body'. This causes the retargeting process to fail with the following error:

Opening the common IK Rig asset that comes with MetaHuman characters 'MetaHumans/Common/Common/IK_metahuman' also displays a warning for this missing file. Normally this would be the default preview skeletal mesh used by the IK Rig, but in this case there is none. 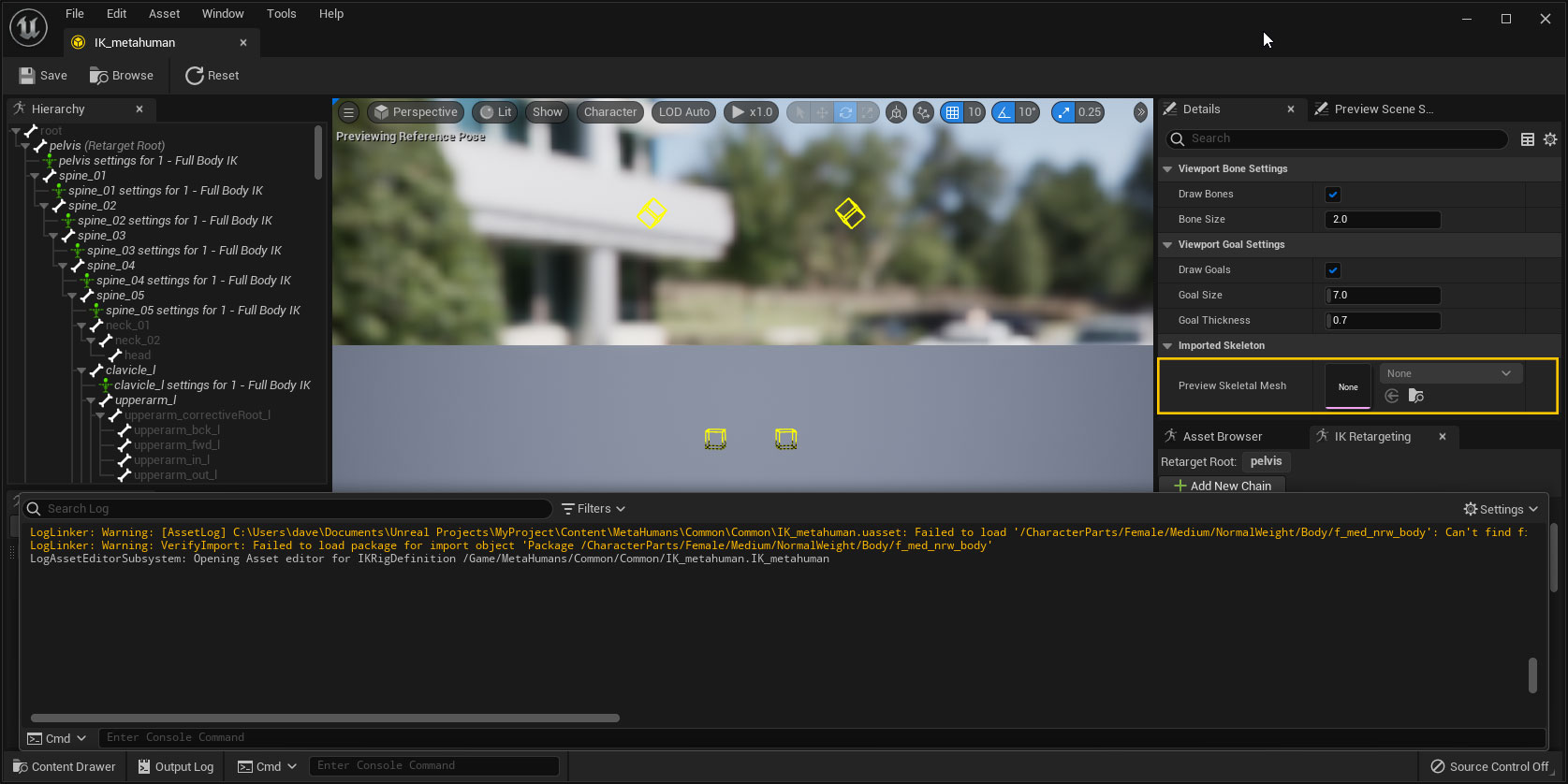 This is seems to be a bug with the content delivery through Quixel Bridge and has been reported to Epic.

So far in our testing this only happened with a single character preset. Other characters were unaffected and correctly imported the common skeletal mesh.

So if you run into this issue you can try downloading and importing a different MetaHuman character preset. This should import the missing skeletal mesh asset and fix the issue.