Retargeting of Paragon characters is not officially supported by the plugin.

However, as the Paragon character skeletons have a similar hierarchy to the UE5 mannequin, they are detected by the plugin as a valid retarget source. 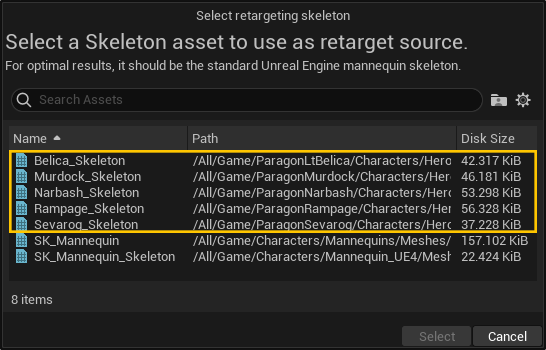 The plugin will do it's best to try and retarget the character, but due to the bespoke hierarchy of each Paragon character skeleton we cannot guarantee the outcome and in extreme situations could potentially result in a crash of the editor. In our testing, the results always required some adjustment to the generated IK Rig.
As such, it is not recommended unless you have a good technical knowledge of the Unreal retargeting system, as modification of the generated retargeting assets will be required to produce useable results.

As an example; a common issue we found was that the Paragon skeletons only have 3 bones for the spine, whereas a normal UE5 skeleton has 5. In this case, the Spine IK Chain in the generated IK Rig asset will need to be updated to have the correct End Bone (spine_03 instead of spine_05). 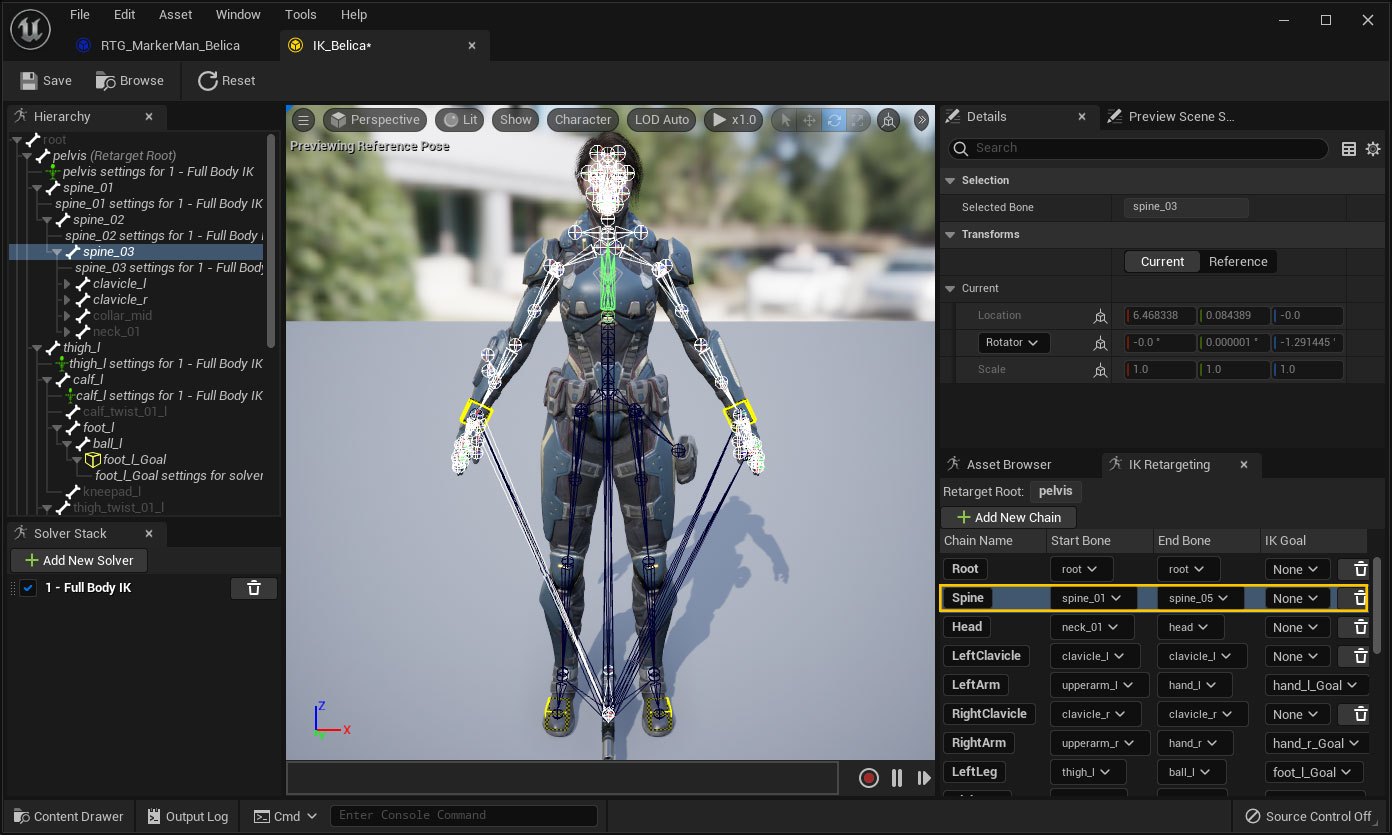