ATTENTION: A new version of this product is available.

Its core feature is a precise analytical method to compute the Retarget Base Pose needed by Unreal Engine 4 to manage Mixamo assets. The plugin automatically performs all the configurations needed by the Animation Retargeting (for Different Skeletons) system of Unreal Engine 4 (an engine feature that allows animations to be reused between characters that use different Skeleton assets). 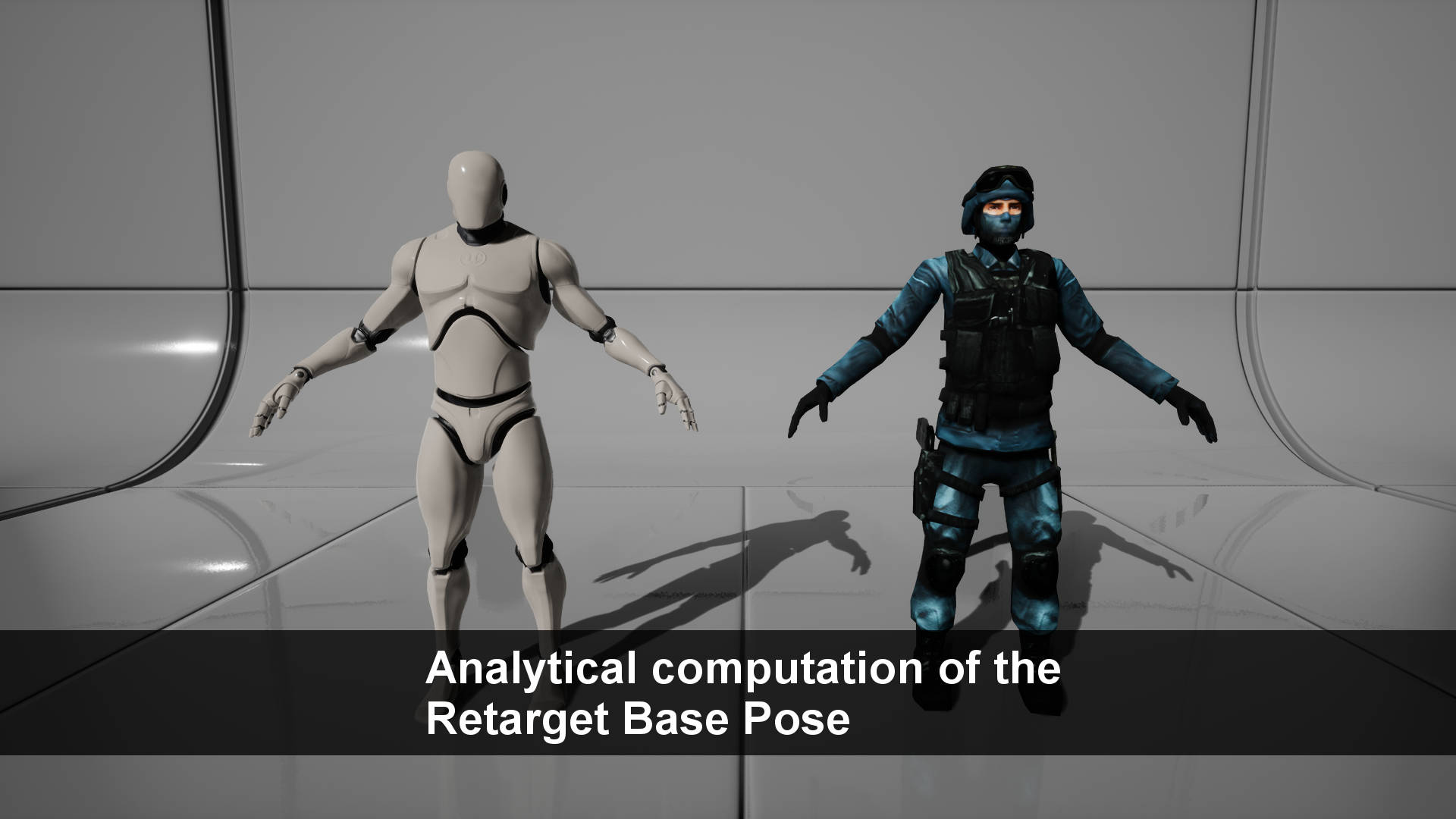 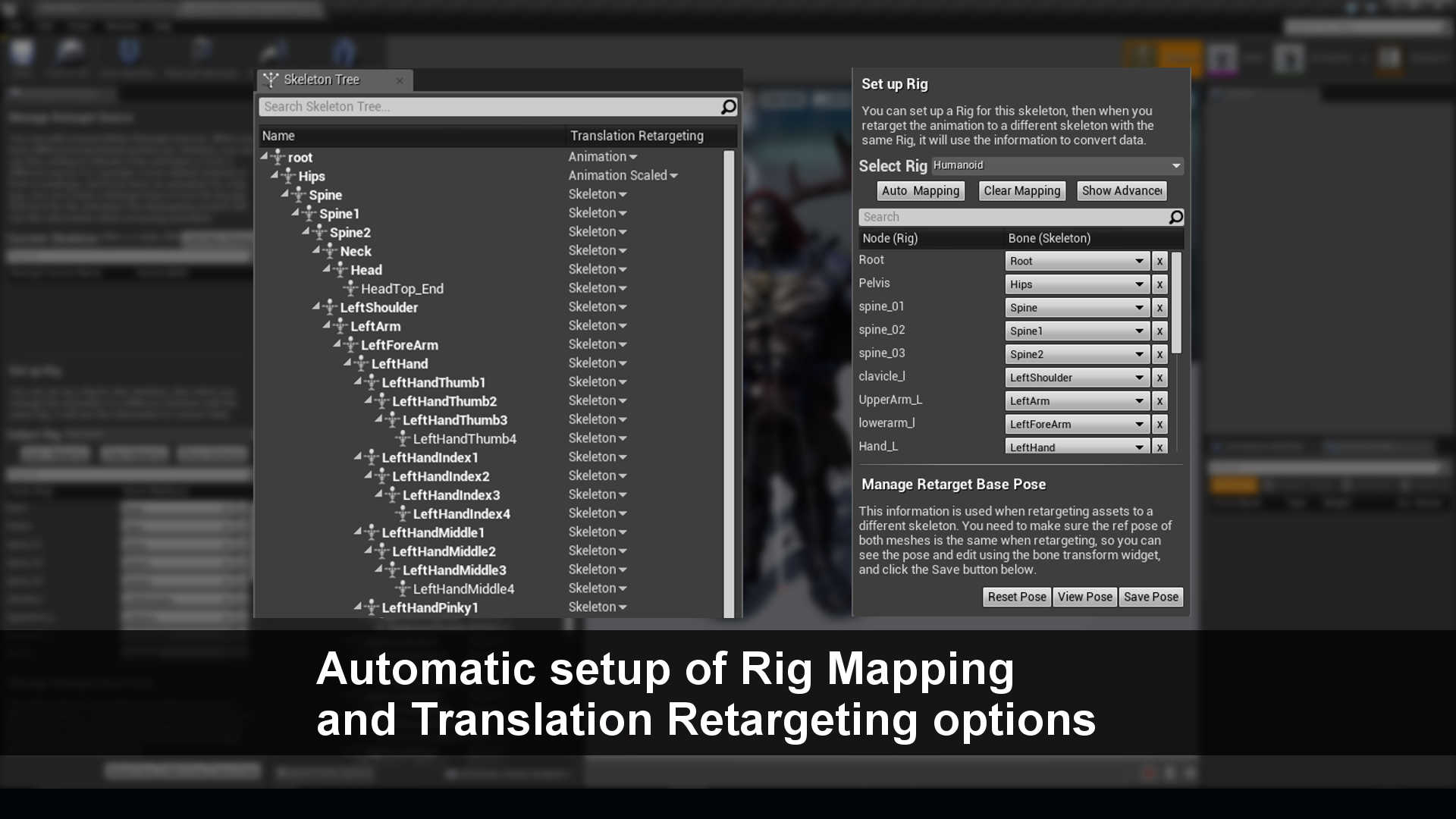 Running the tool is very easy:

Then you are ready to retarget all the needed animations (select an animation, then Retarget Anim Assets > Duplicate Anim Assets and Retarget).

See the video tutorial for detailed instructions and usage examples. 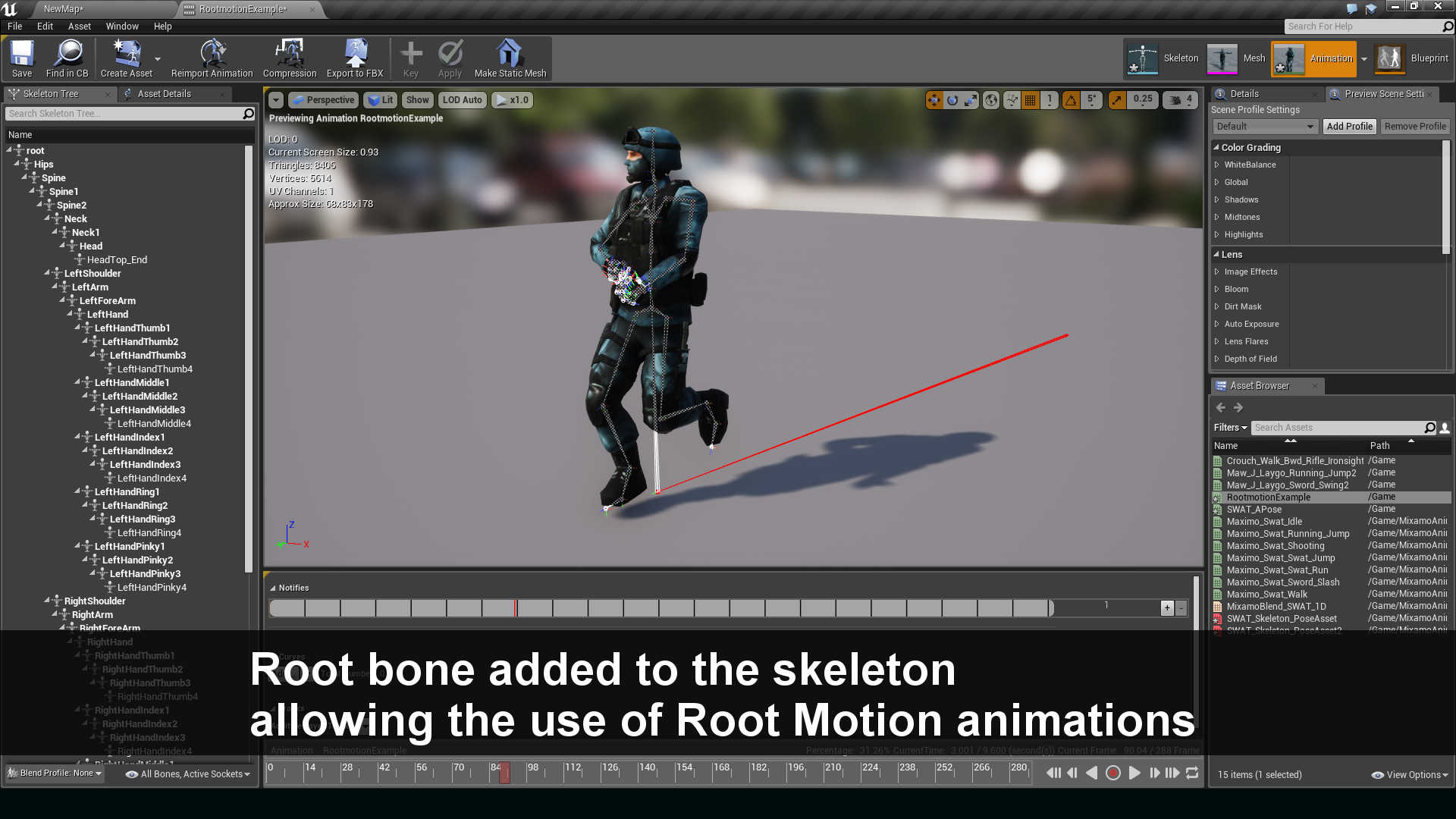 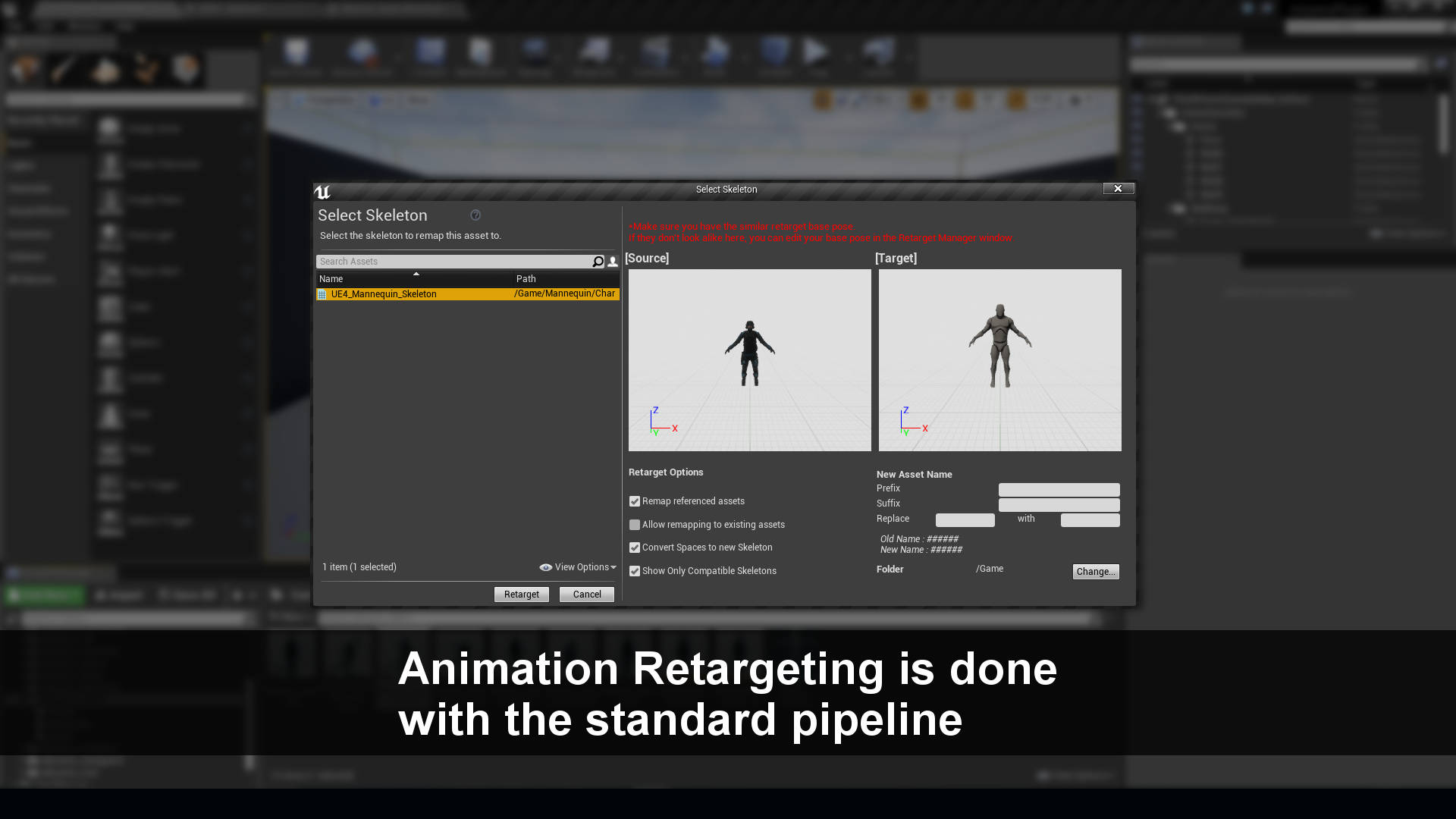