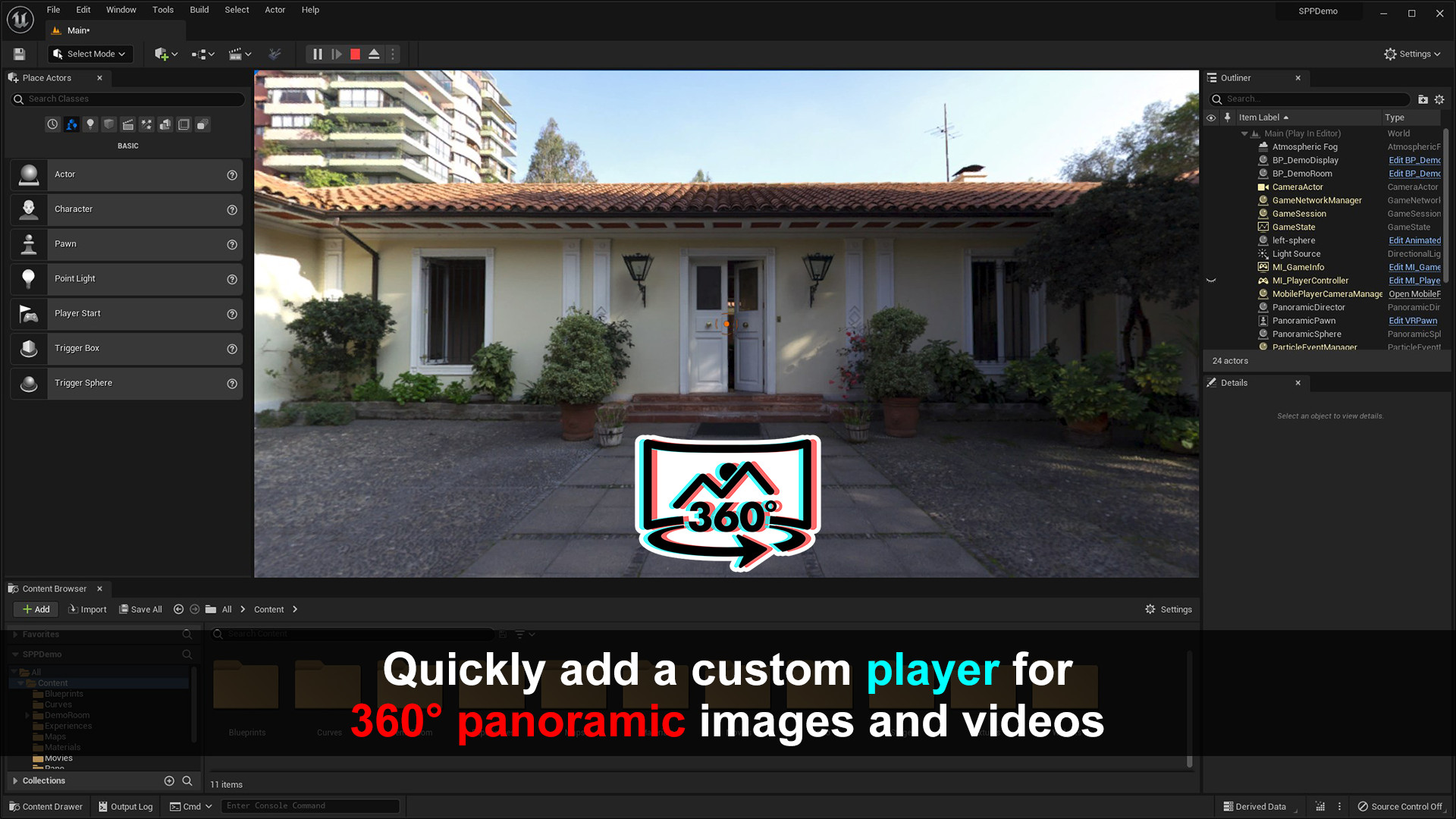 360 Stereo Panoramic Player is a runtime plugin to show and interact with 360° panoramic images and videos, supporting both mono and stereo sources. It offers an high-level actor (Panoramic Director), to quickly assemble an interactive panoramic virtual tour without the need to write any code, and a low-level actor (Panoramic Sphere) to allow a complete programmatic customization of the user experience. 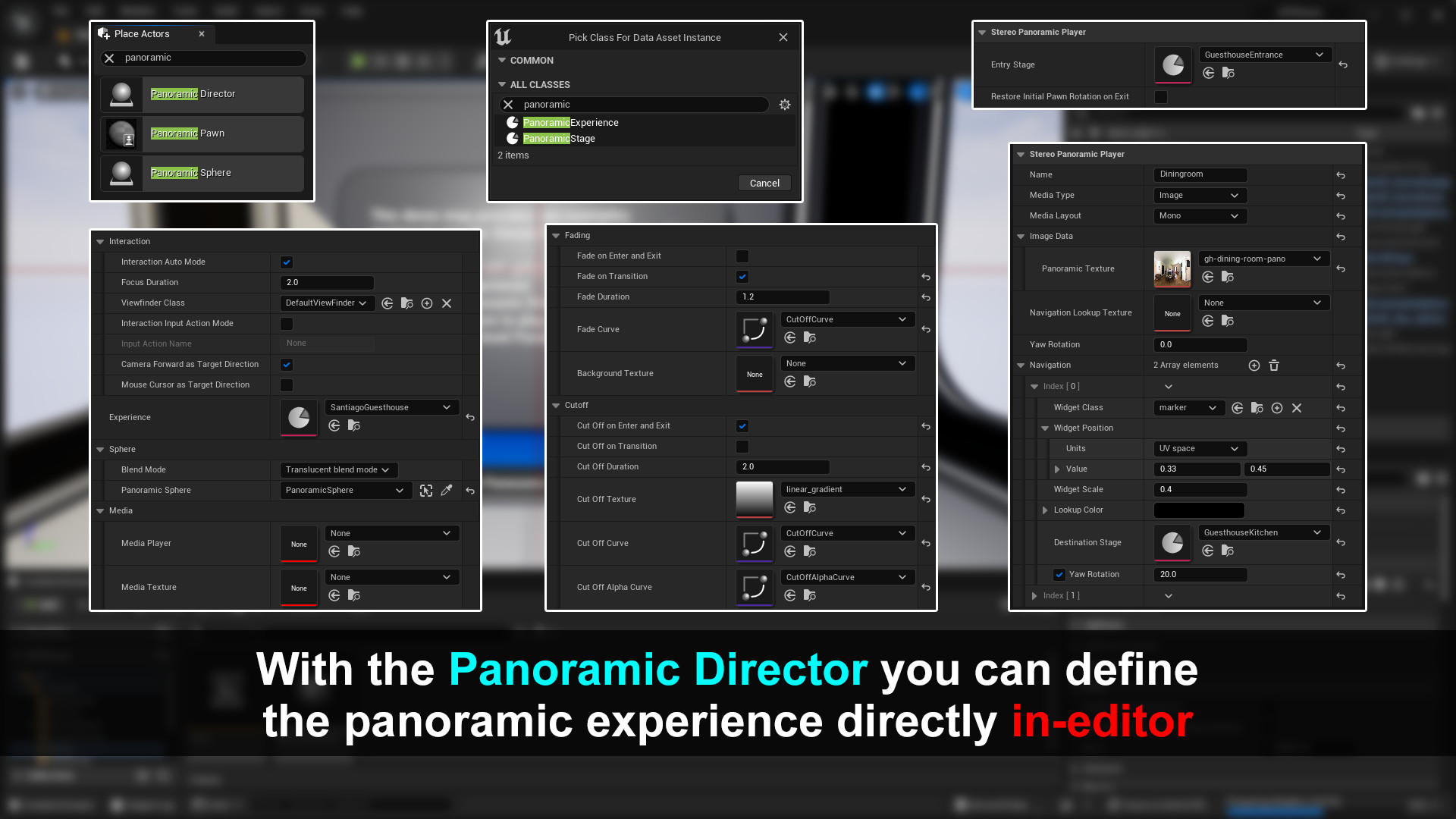 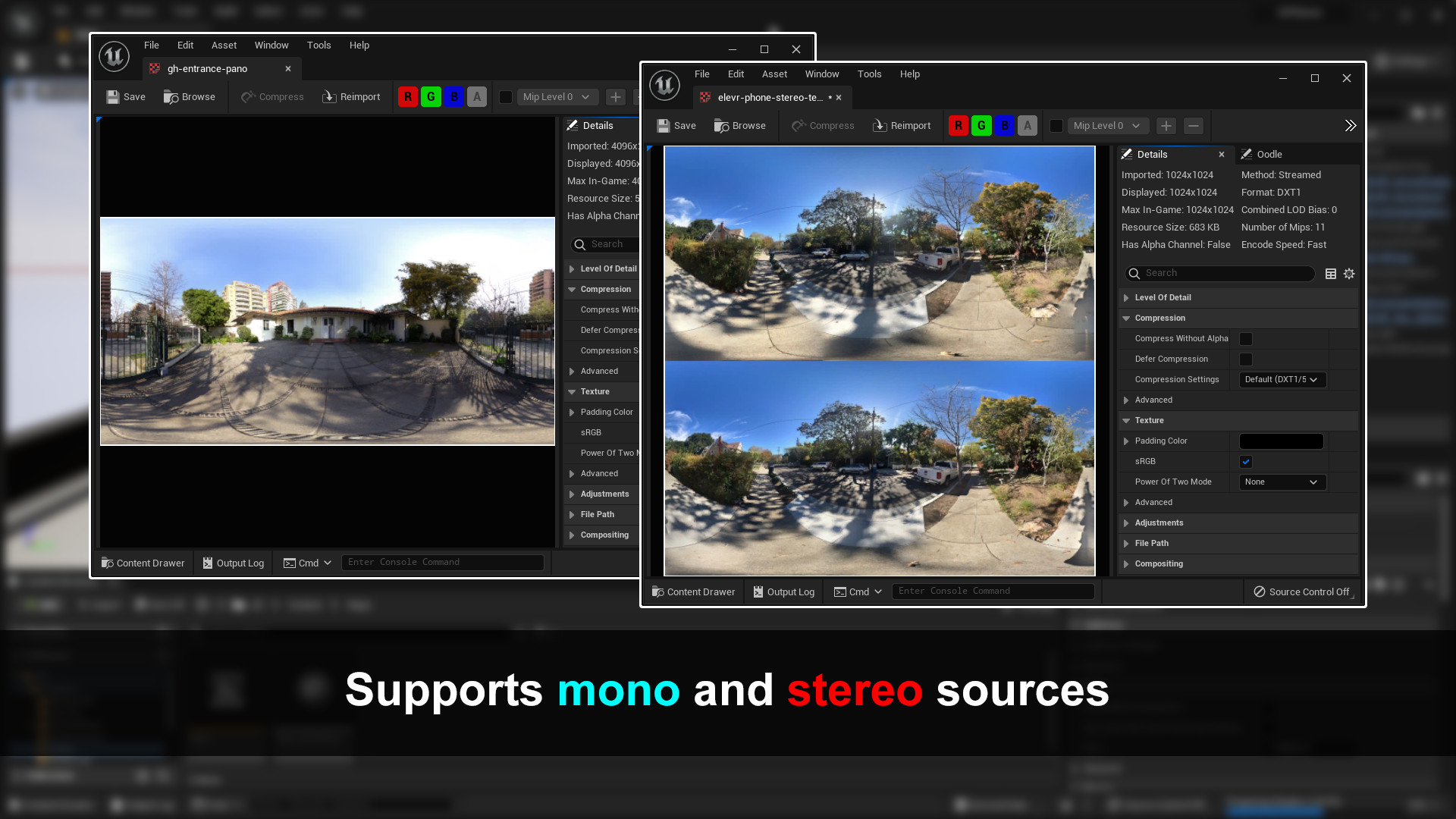 With the Panoramic Director you can define, directly in the UE5 Editor UI, a complete panoramic Virtual Tour: import the 360 images and 360 videos, define your custom hotspots, add plenty of interactive widgets to show augmented information and the Panoramic Director will take care of everything at run-time, detecting when the user is interacting with the hotspots and widgets, managing the transition between the Points of Interest, etc.

Thanks to the extensive API, you have always total control of your panoramic experience. 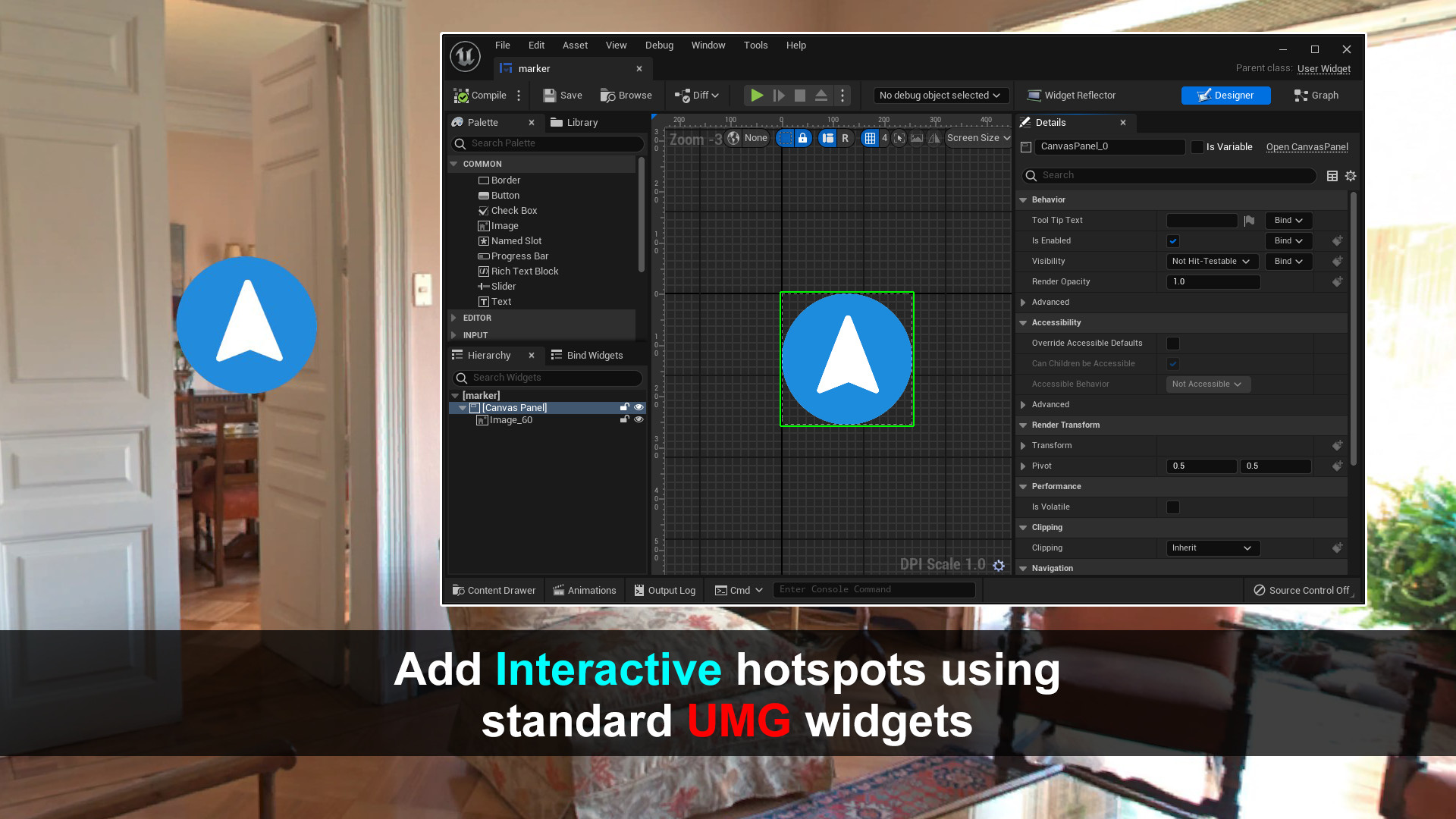 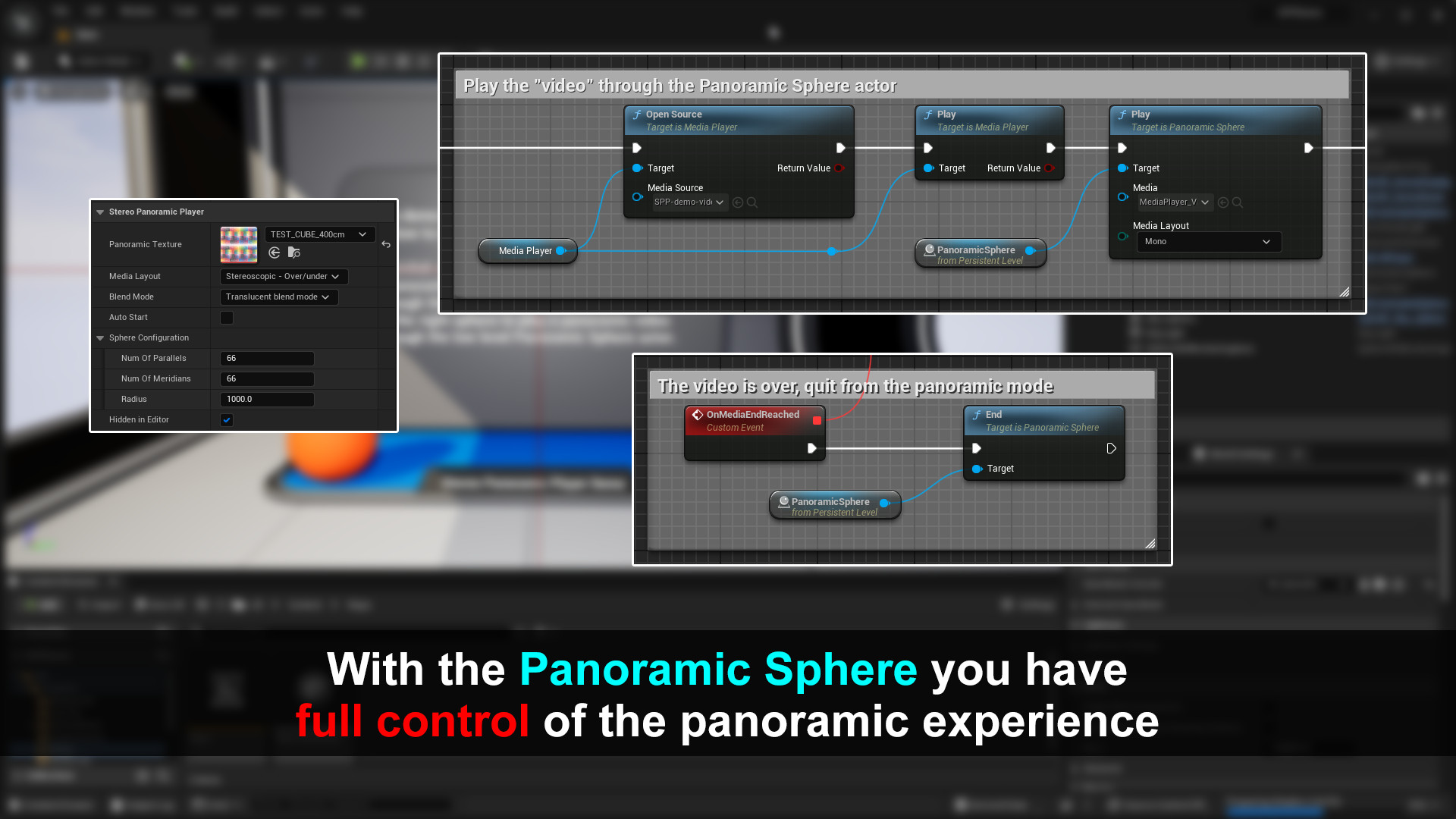 The Panoramic Sphere actor gives you complete access to the panoramic experience: you can programmatically control which panoramic media to display, manage and detect interactions with the panoramic hotspots and widgets, etc. It can display 360 images and 360 videos, in both mono and stereo formats.