How to improve the end results

The problem with Animation Retargeting

The UE5 Retargeting System uses only the skeletons data for the computation, that means only bones rotations and relative distances. This doesn't include any information about the involved meshes (i.e. the triangles) and their rigging (i.e. which triangles are influenced by a specific bone).

For example, a mesh with bigger biceps could have its arms intersect with its chest after retargeting it with a character with smaller biceps. In fact, while the used retarget pose is ok for the smaller character, the system doesn't compute the additional rotations needed to accommodate for the bigger biceps of the other mesh. 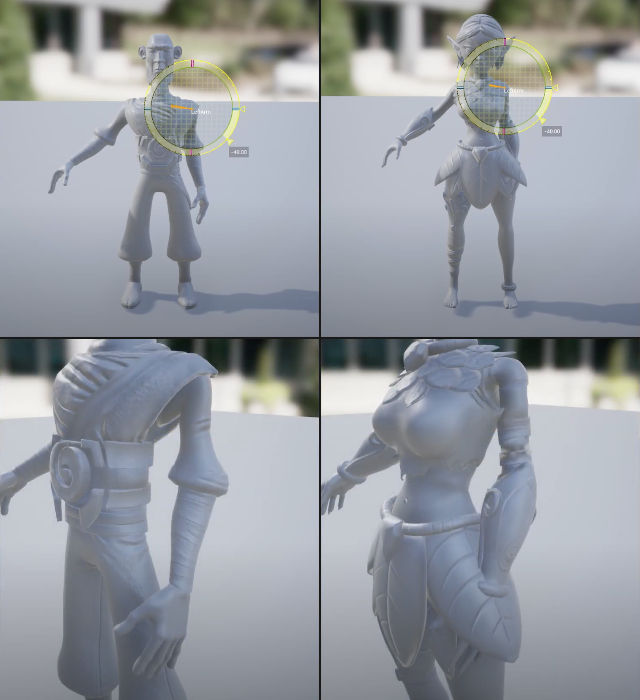 Sometimes, when using custom characters with Mixamo, a not-optimal rigging can cause issues with the shoulders and the wrists. In this case, accurately re-rigging the character with the Mixamo Auto-Rigger can improve a lot the results. 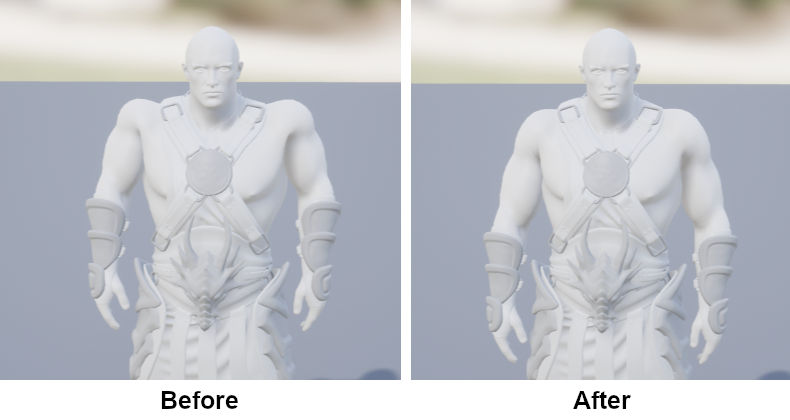 Fortunately you can easily fix this sort of issues directly inside the UE5 Editor. After having applied the plugin to the wanted Mixamo skeleton, you have two main options:

If the involved characters have very different morphologies, manually adjusting the Retarget Pose in the used IK Retargeter asset can easily improve the result of all the retargeted animations. Usually this requires only to apply small corrections to few bone rotations. This must be done before retargeting the animations.

Below video has been recorded with UE4. A new version for UE5 will be available soon.

Retargeted animations can be easily fine-tuned directly inside the Unreal Engine 5: open the animation and, using the Skeleton Tree panel, tune the bones rotation as needed on the animation frames. Then save the modified Animation selecting Create Asset > Create Animation > Current Animation > Preview Mesh.

Below video has been recorded with UE4. A new version for UE5 will be available soon.

In some situations it can be important to maintain the exact same hand or foot placement as the original source animation. For example, animations for interacting with the environment (e.g. opening doors, pressing buttons, pulling levers). For these situations the IK Retargeter can be set up so that the retargeted animation will match the original hand and foot position and avoid the need to resort to expensive real-time IK solutions.

The IK Rig assets generated by the plugin include a Full Body IK setup that is used by the IK Retargeter to help improve the retargeting results. By default this is set up to use an interpolated position of the IK goal based on the skeleton of the target character, this creates more natural looking results that fit with the proportions of the character. This can be changed with a simple setting so that the IK Goal will use the source position instead resulting in the exact hand/foot placement desired.

Let’s use the arm as an example. Here we have a source animation where the Mixamo character is interacting with a door handle.

You can see here, when retargeted with the default setting onto the Unreal mannequin, the difference in character proportions results in the hand being out of place on the retargeted animation. 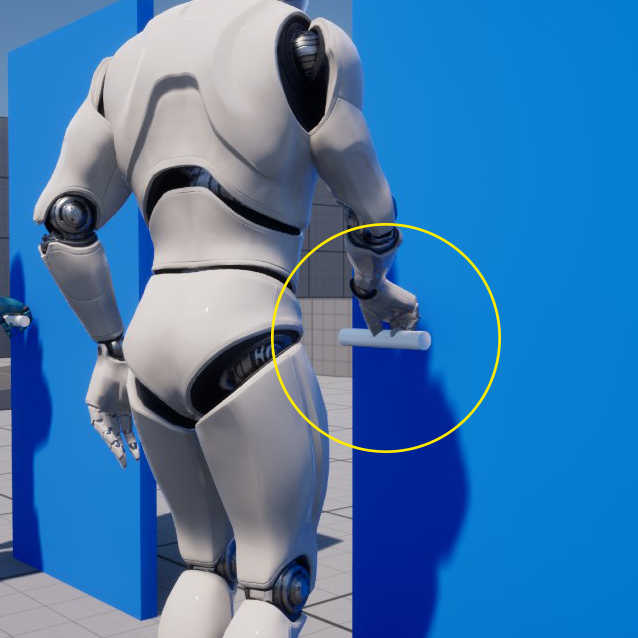 To fix this we’ll open up the IK Retargeter and make sure that the Retarget IK option is enabled. 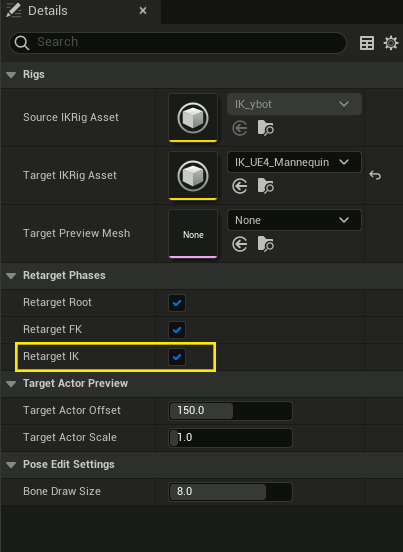 Then we’ll go to the Chain Mapping tab and select the chain for the arm we want to fix, in this case the RightArm chain. Now in the Details panel above we’ll look in the IK Adjustments section and simply change the Blend to Source option from 0 to 1.

Now when we export the animation we can see the hand is now in the correct position. 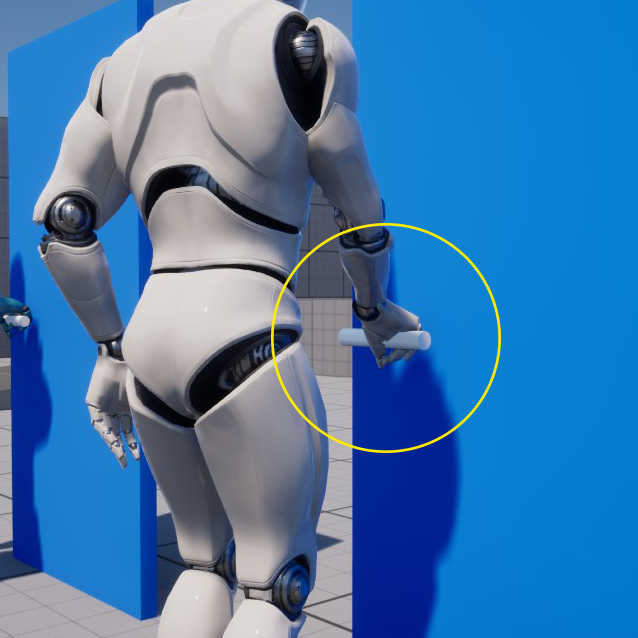 Tip: Remember to set this back to 0 before retargeting other animations that don’t require the exact hand/foot placement as it can lead to strange results.